Those new to Type 99's may assume there were only 2 major types of rear sights on the rifles: early style with the Anti Aircraft wings, and late style with a fixed peep sight. However, there are a great deal of variations within production, and a progression of decline in the quality of these sights, which will be examined here.

There are some slight differences between Type 99 Long rear sights made by Toyo Kogyo and Nagoya.

-Notice the markings on the ladder of the TK rifle (Left) go to 1700 meters while the Nagoya sight (Right) only goes to 1500 meters.

-The font of the numbers on the AA wings is of a different style between the two markers, as number stamps were not universal between each manufacturer

-The earlier style TK sight has straw colored finish on the small springs and screws, while Nagoya is completely blued.
​

The early pattern rear sights will have the distinct Anti Aircraft wings attached to the rear sight slider. When the sight was lifted up. the wings would fold down and allow a shooter to, in theory, lead an aircraft and fire upon it.

While usually quickly ridiculed by many, it's important to understand the context with which these were developed. At the time the main area of combat for Japan was China, who had very little in the form of a modern air force. These sights could help with shooting down recon aircraft when shot at by a large group of Japanese soldiers in a volley fire style situation. These were never made with the intent of combating US P-47 or P-51 fighters, and the wings were quickly removed from production as the war continued. 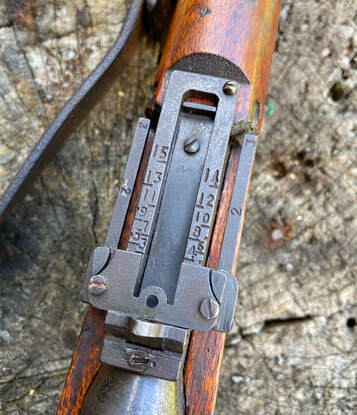 Once the decision was made to remove the AA wings from production, the old style rear sight sliders with the attachment points for the wings were still kept it use. They were still completely functional and there was no real reason to discard this parts. This old stock was used up until the next pattern of sight was in production.

Many collectors will feel the need to purchase and add AA wings to rifles with sliders that are missing them. This is very likely incorrect, especially depending on what series or arsenal your rifle is. For example, in the 5th and 6th series of Nagoya it is very common to find these rear sight sliders without the wings, and they were never actually installed to being. 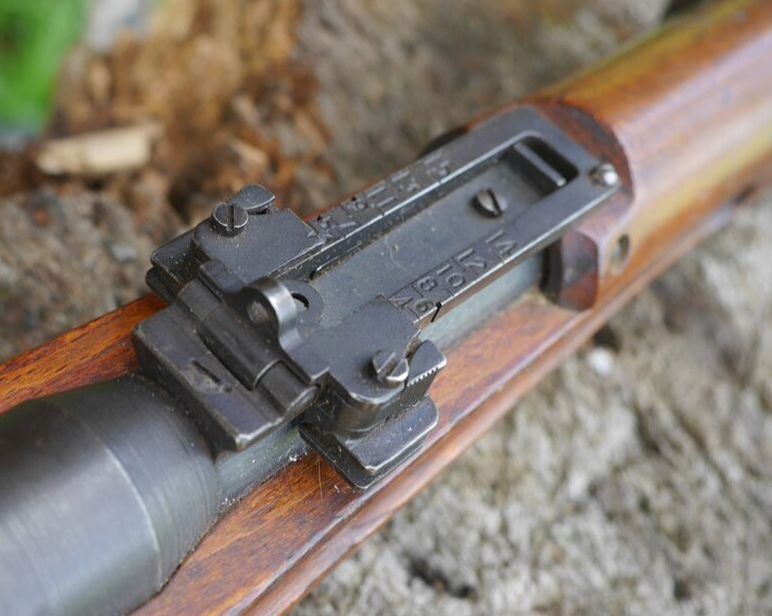 This pattern of rear sight is identical to the early pattern in regards to the sight ladder itself. The difference is that the slider no longer has any attachment points for the AA wings. 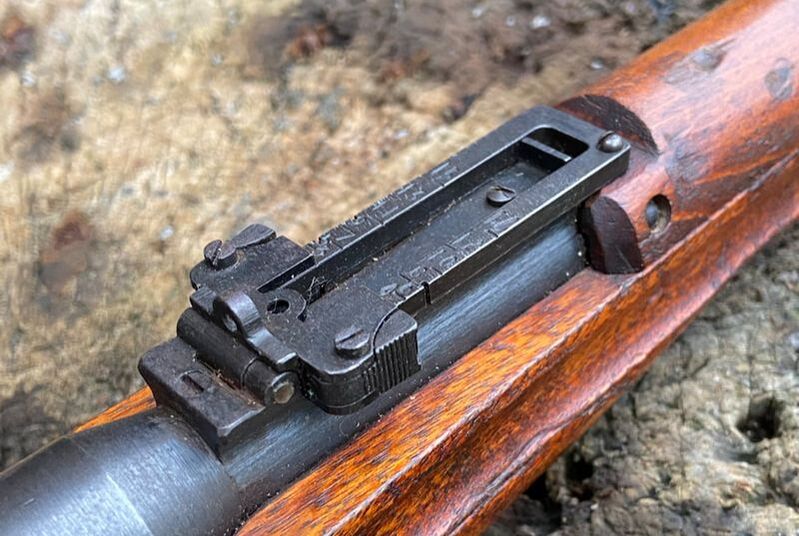 This pattern of rear sight is found only on 7th series Nagoya rifles. The ladder on this variation is actually cut shorter than the previous adjustable rear sights. The extra length of rear sight on the early pattern sights was to allow the AA wings to easily fit into place when the sight was folded down. With the AA wings now discontinued, it was determined the extra length was no longer needed, and as such the sight ladder length was shortened. This only lasted for around roughly 94% of 7th series production before it was switched to the fixed, late war pattern. 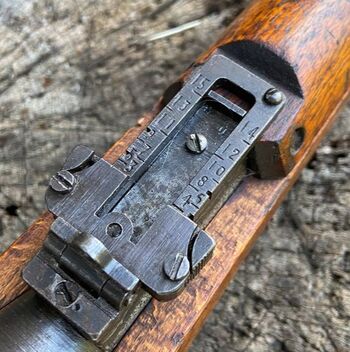 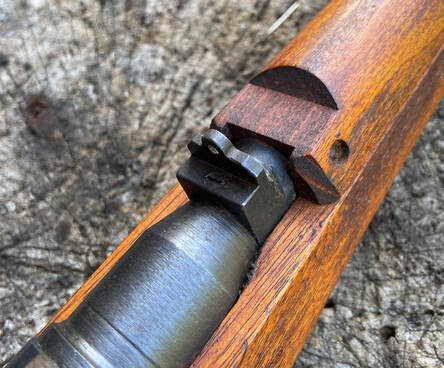 This style of rear sight is the standard variation found on the majority of late war rifles. It is a fixed peep sight, giving essentially the same sight picture as an early war pattern in the battle sight position. 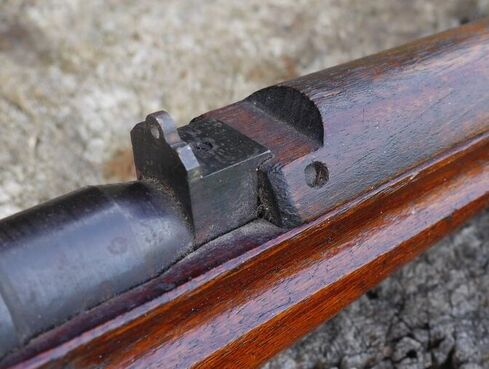