One of the most uncommon of all Type 99 variants is a rifle known in collector circles as the "Kogyo Only" Type 99. This name comes from how the receiver lacks the Kokura mark as a normal Toyo Kogyo made rifle would. Only the sub contractor mark is on the receiver. Somewhere around 1,600 are thought to have been made, based only on surviving serial numbers. No documentation of these rifles has been unearthed since the end of the war, and their true purpose is unknown. All generally follow the pattern of 35th series Toyo Kogyo Type 99's, in last ditch pattern with a fixed rear sight. They have a number of unique features as well:

-All examples look to have never been stamped with a mum. There is no evidence they were ground off, though rough machining marks are noted on many examples

-The receiver will lack the Kokura arsenal logo and have no series mark, only a serial number

-Many have been found with reused 35th series TK Type 99 Long stocks. Others seem to use standard late 34th and 35th series style stocks

-Some small parts have been noted with an "X" stamped on them, possibly showing rejected parts were used

-The bottom of the bolt handle on nearly all known examples has been ground flat. It is unknown what the purpose of this was, but it is only found on these rifles. Sometimes a proof can be found in this area, but the reason for grinding this off is difficult to determine.

-Several examples have been noted with the rear barrel band installed backwards and with no sling swivel. Since the band will not fit over the welded in place front bayonet lug, it can be assumed they were made this way

The true purpose of these rifles is unknown. Based on the lack of a mum and the apparent lack of support from the Kokura arsenal (given the lack of their arsenal mark on the receiver) it is entirely possible these rifles were some sort of separate contract for another group, though it cannot be said for sure who.

In any case these are extremely rare rifles that need to be more fully documented from surviving examples. 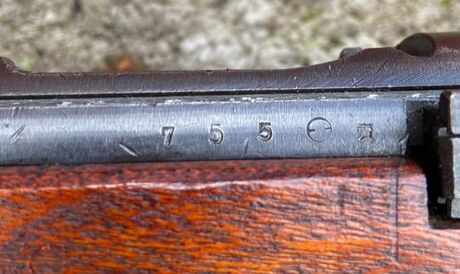 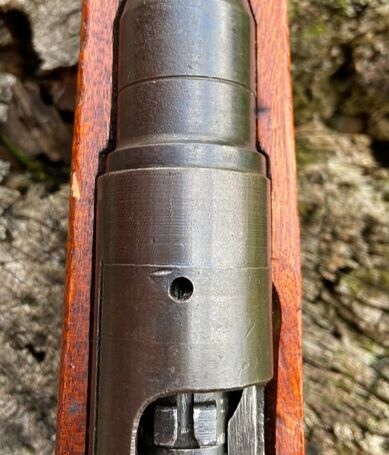 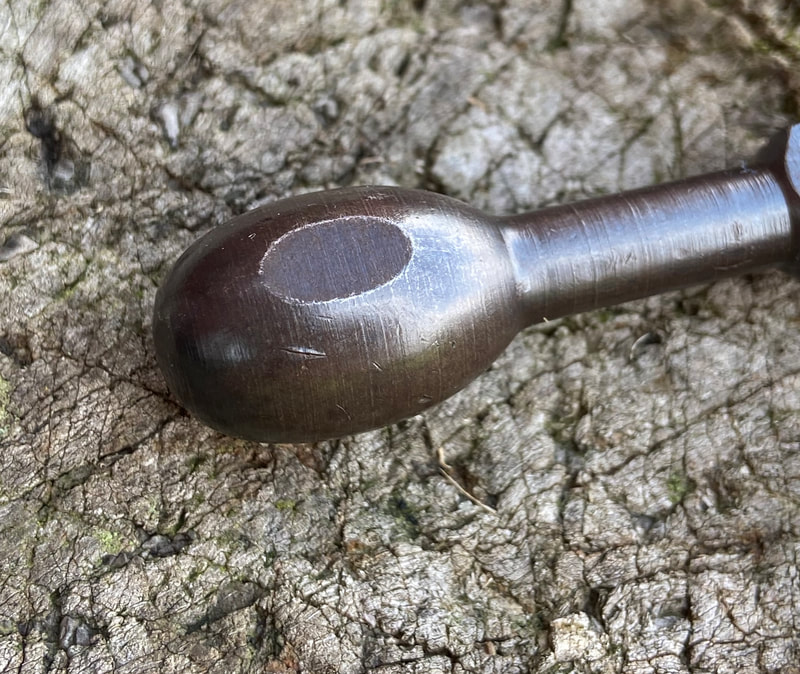 The bottom of the bolt handle, showing the flattened portion 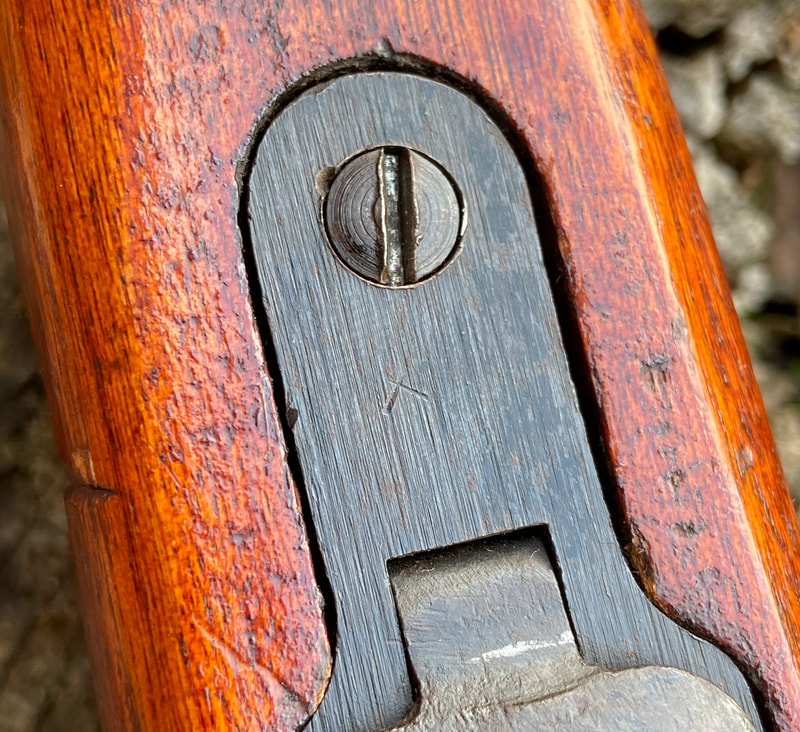 An "X" on the trigger guard, showing it as a possible rejected part 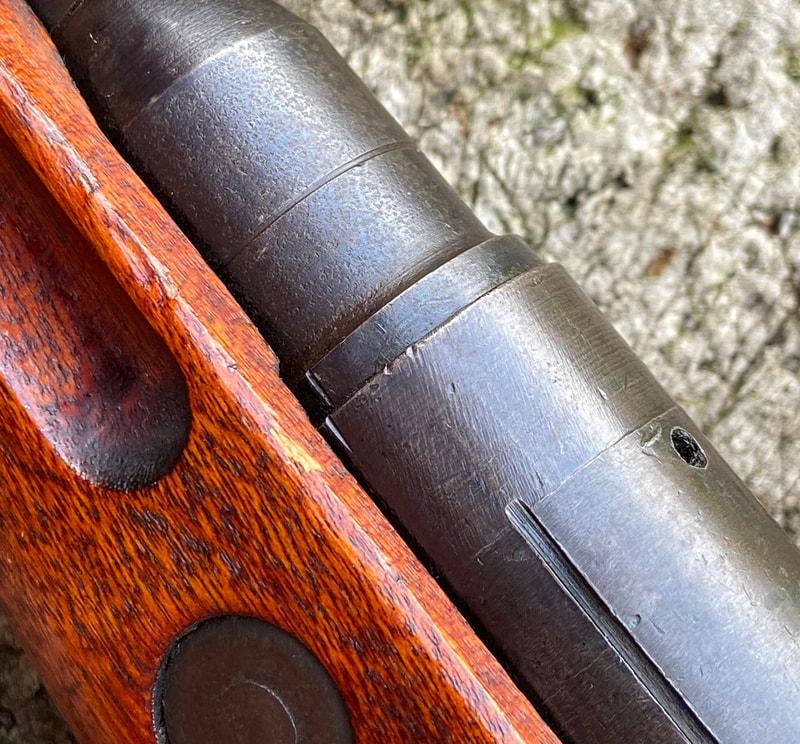 Rough machining on the barrel and receiver 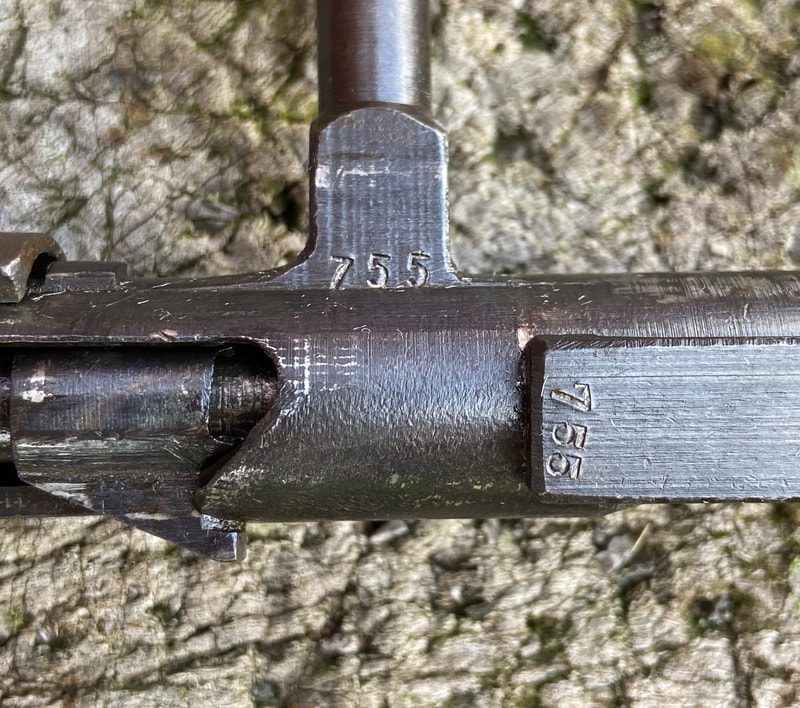 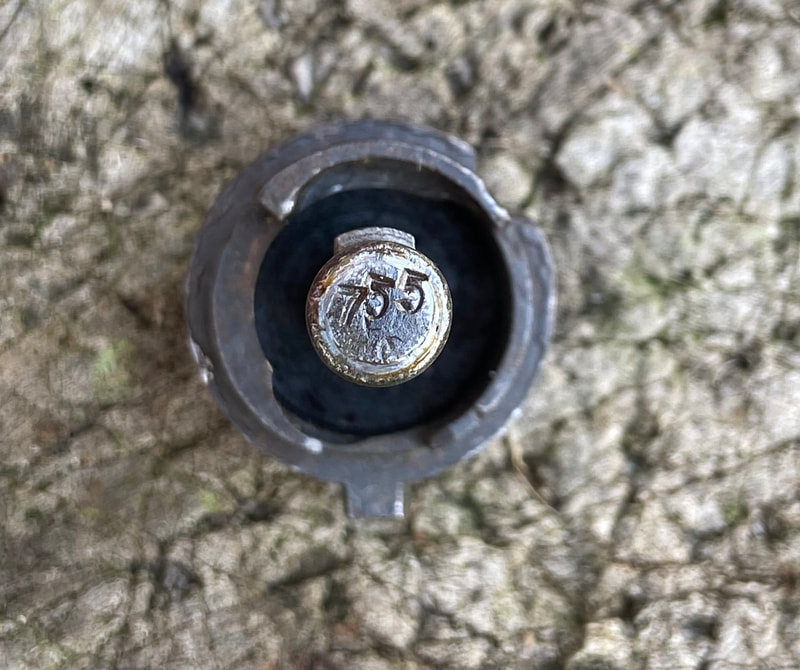 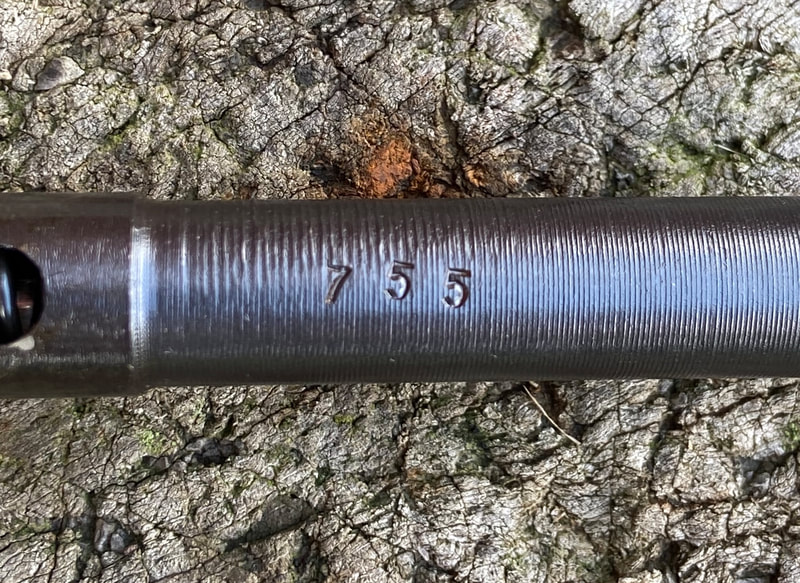 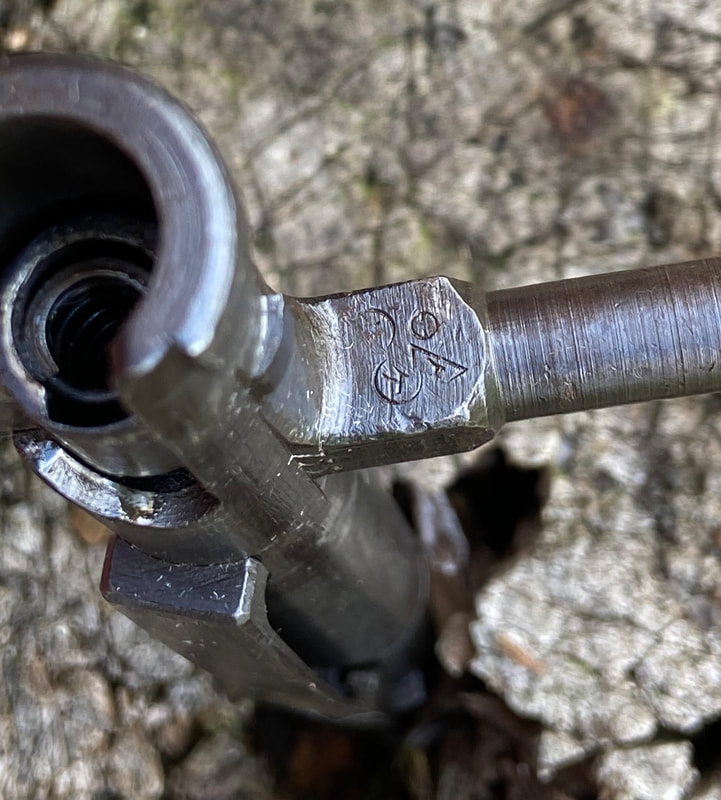