Kokura produced roughly 1,400 Concentric Circle Type 99's, in the pattern of early style Type 99's similar to their 20th and 21st series rifles. These rifles have monopods, AA sights, chrome bores and bolt faces, and are of good quality. Many seem to be missing dust covers, so it is not entirely known if these CC rifles were made with them from the factory or if they were removed later.

This group of Kokura CC rifles lack a "series" mark and seem to have their own serial number range.

This example shows an interesting feature found on many CC Type 99 rifles, in the form of a small stamp of two lines in a circle on the bottom of the butt stock close to the normal arsenal proofs. This proof is thought to be a 2nd class marking, indicating parts of a lower quality. Examination of these CC rifles does not show any obvious quality issues, so it is unknown why certain rifles were marked this way.

Often the CC mark on the receiver of these rifles is over a previously ground mum, though very professionally done compared to the post war defacement. 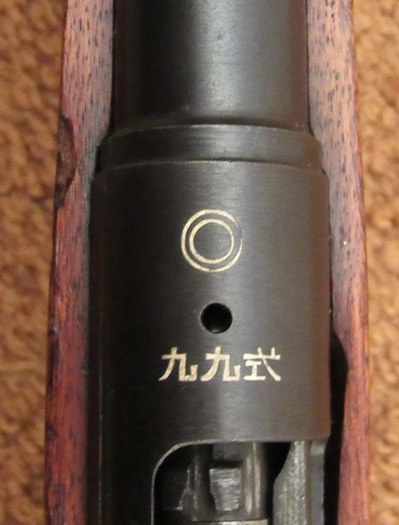 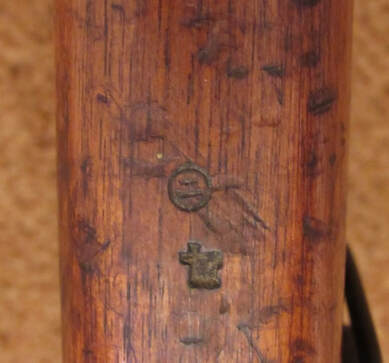 A very nice example of the "2nd class" marking. 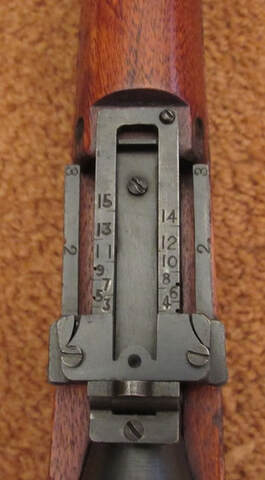 Serial number locations:
(Please not the safety on this example is mismatched, but would normally also match the serial number) 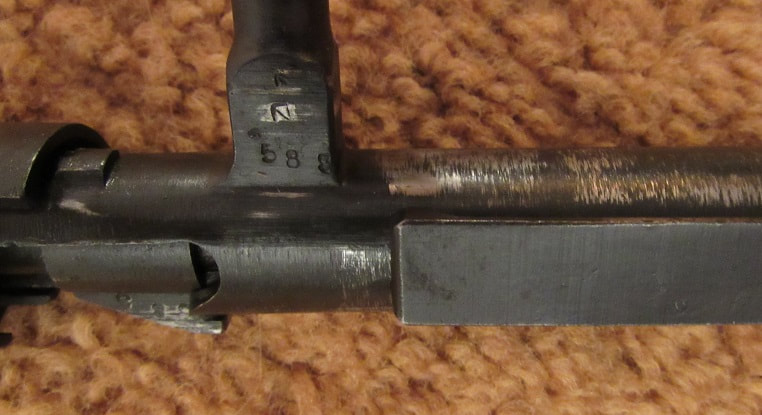 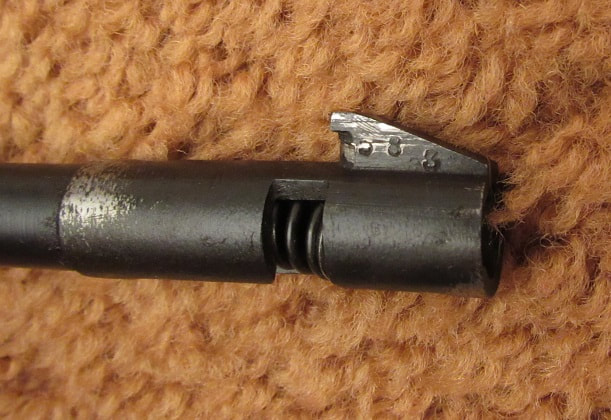